A common question and often times debated topic for most Christians and non-Christians alike during the holidays is, "What was the Christmas star that the wise men or "Magi" saw?" Much speculation has been centered around this mysterious object with theories being promoted via documentaries and books with explanations ranging from the conjunction of planets … END_OF_DOCUMENT_TOKEN_TO_BE_REPLACED 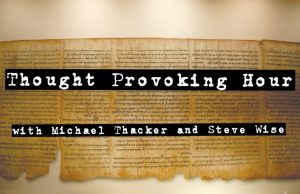